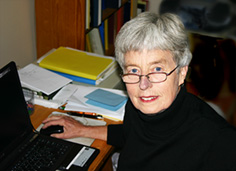 Susan McIver was born on November 6, 1940 in Hutchinson, Kansas and moved with her family to San Bernardino, California at the end of WWII. Susan received her undergraduate degree in zoology from the University of California at Riverside and her master’s and PhD in entomology/microbiology from Washington State University.

Keenly interested in both science and literature, Susan initially pursued a career as a university professor and research scientist at the University of Toronto and subsequently as a university administrator at the University of Guelph. In 1989 she began to pursue her other major interest, writing for the public.  “I moved to Salt Spring Island and wrote about ‘the meaning of life’ until a friend told me it sounded like a department memorandum. A lot of editors agreed!” Susan recalls. She soon realized that she had an aptitude for writing clear, concise non-fiction articles.

In 1993, Susan became a community coroner with the BC Coroner’s Service, first serving as coroner for the Gulf Island and subsequently, for Penticton and area in the Okanagan Valley. This work prompted her interest in medical errors which led to the publication of Medical Nightmares: The Human Face of Errors, in 2001. Susan has been a freelance writer since 2003.

Susan became a Canadian citizen in 1993. She is married to Robin Wyndham and lives in the Okanagan Valley of B.C.